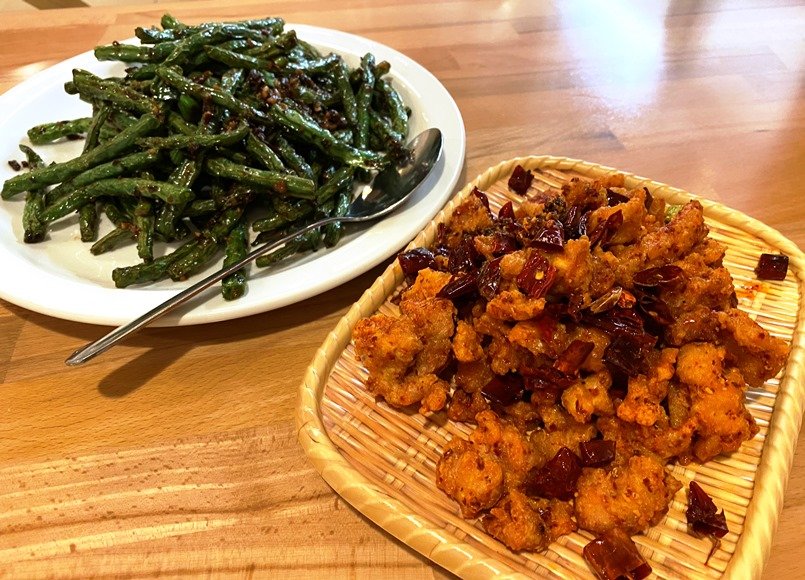 Chuan Cafe, Raleigh – An Authentic Taste of Szechuan Cuisine in the Oak City

When it comes to authentic Chinese food in Raleigh, you don’t have a ton of choices. Americanized Chinese eats are pretty easy to find but not much more than that. So I was surprised to hear about a new Szechuan eatery out in E. Raleigh, Chaun Cafe. Located in an old-school Raleigh neighborhood, Chuan Cafe stands out a bit from the usual offering of Southern, soul, and Italian eats in the area. But the online reviews were pretty solid for Chuan Cafe so I decided it was time for a visit!

Located in an old-school plaza along with neighborhood favorite, Frank’s Pizza, the new Chuan Cafe shows off a light and bright interior with a cozy but tidy interior. The sign out front with Chinese characters gives you some hint of the authenticity of the menu here! Peering through the largish menu, you’ll find a good selection of classic Chinese dishes with an emphasis on spicier Szechuan cuisine. Szechuan is known for its liberal use of red peppers, chili oils along with the tongue-tingling Szechuan peppercorn.

The dumplings in chili oil is a Chinese favorite, six soft, pork dumplings bathed in a spicy chili oil sauce. Chuan’s version here is solid but the dumplings are luke-warm and I don’t get the usual kick of flavor from the oil. The chongqing chicken is a favorite dish in online reviews for Chuan Cafe so definitely try it! Tons of spice and flavor here, it brings some heat with all the chopped red, chili peppers littering the dish.

One of my favorite Szechuan dishes is dry-fried green beans with pork and Chuan Cafe does a great job here. The beans are double-cooked and wrinkled with flavor. There’s a bit of spice with the sauce and ground pork. A lunch visit gives me the opportunity to try something more basic: Mongolian beef with fried rice. The chef knows what he’s doing here, very tender beef filets with plenty of onions and savory sauce.

After three visits to Chuan Cafe I can say that for Raleigh, you can get some really authentic Chinese food here. It’s primarily Szechuan and a bit spicier than what you might expect but the real deal. Where I think Chuan can improve is the service and pricing, it could use a bit of help on both fronts and even before the pandemic, Chuan was a bit higher than I expected. While the food is good here, I sort of would prefer to drive another 10 minutes and do other Chinese options in Cary. But don’t miss out on this authentic Szechuan dining option in the Oak City. It’s tasty, spicy and real and there’s a lot that can be said for doing just that…

Coquette for French Flair and Excellent Service at North Hills, Raleigh
Next Post:Utica Bakery in Apex For Baked Italian Sweets and Savories