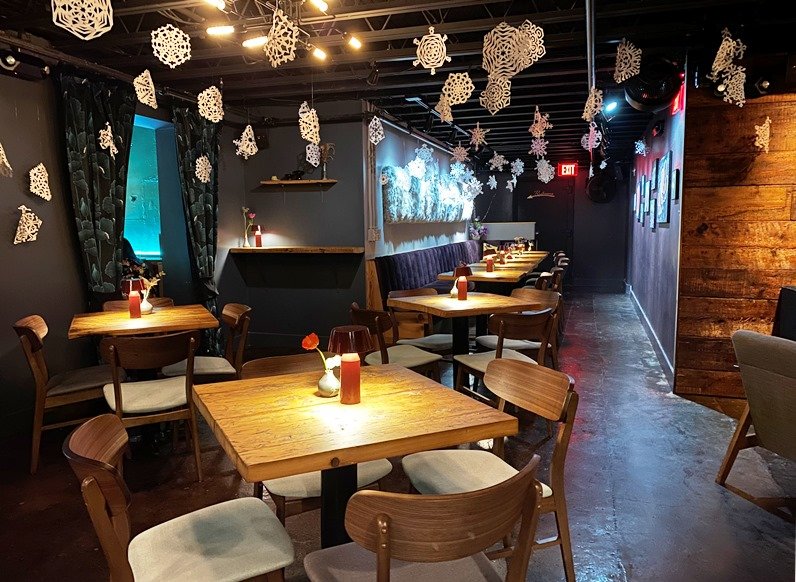 Kingfisher Bar in Durham: Fanciful Ambiance and Ground to Glass Cocktails Near DPAC

When it comes to cocktails in Durham, you’ve got several good choices but not a lot bars that are dedicated to the craft. Alley Twenty-Six and Bar Virgile are both good choices but split the line between restaurant and bar, pretty cleanly. Well, the addition of Kingfisher Bar near the Durham Hotel flips that script quite a bit. Brought to you by the husband and wife team of Sean Umstead and Michelle Vanderwalker (ceramicware), the Kingfisher is all about the bar and all about serving up cocktails in style!

You can’t miss Kingfisher’s bright neon sign out front on Chapel Hill Street. Pass through a set of basic, double glass doors and follow the signage downstairs to the speak-easy entrance. For busier nights (often) there will be a hostess upfront to meet you similar to Fox Liquor Bar. There’s a beautiful U-shaped bar in front of you, a lounge and couch in back along with a slew of four-tops for the main drinking area. Tucked away to the side are two “private rooms” hidden from prying eyes behind a curtain, which look like they seat about 6 people! It’s all very well put together in a modern and fashionable way with splashes of soothing color.

Throughout Kingfisher’s space, you’ll find a lot of beautiful ceramicware given the owners. The bar has a beautiful slate and turquoise tile inlay and a lot of the glassware follows the same, funky theme. On the drink list, you’ll find a small selection of beers and wines but of course, the stars of the show are Kingfisher’s fruit and aromatic-forward cocktails. They source a lot of their ingredients locally and the cocktails are a bit on the steep side, typically $12 and up. But they are well mixed and tasty, albeit a bit fruitier than I care for. The flavors remind me a bit of William and Co. in Raleigh. 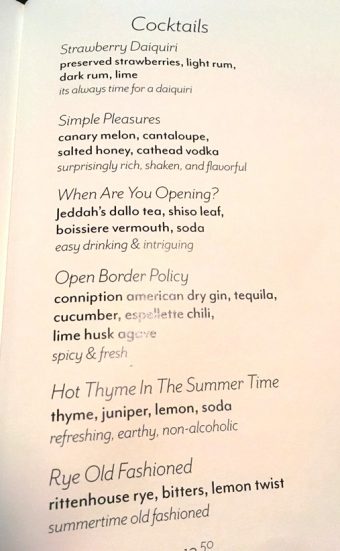 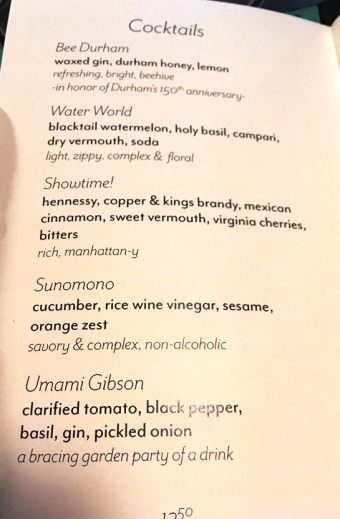 Along with the drinks, Kingfisher serves up some small snacks to keep your hunger at bay. And let’s face it, in this sort of beautiful lounge environment it would be easy to lose track of time! You’ll usually find a crowd of younger Durhamites in the know hanging out here. While Kingfisher Bar is located a bit further off of Main Street, you could still certainly stop in before or after a night out at DPAC. So a nice round of applause for Durham’s first speakeasy bar, Kingfisher! Super mod, super hip, and beautifully adorned, it’s a quiet cocktail interlude and escape from the busy Durham streets above.

Lawrence Barbecue at Boxyard RTP in Durham
Next Post:Brecotea Baking Studio in Cary for Asian Pastries, Boba Tea and a Relaxed Meeting Spot