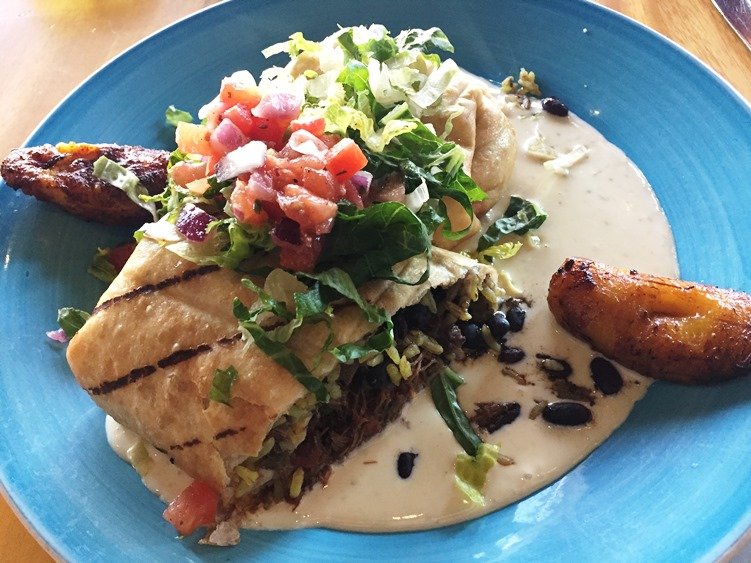 In my world of Mexican food, I’m a huge fan of hole in the wall type taquerias or the fancier, more upscale spots. So what to do with a spot like Viva DF Tequila and Tacos? Located in quiet Morrisville, Viva DF sits in a niche between those two categories and does more of a quick-casual type service in a very nice space. And I think it works really well if you work or live in the area, but the jury is still out for me!

Given all the great online reviews, Viva DF  Tequila & Taco Bar had hit my food radar screen. Located in a sprawling plaza at the intersection of Davis Drive and McCrimmon Parkway, Viva DF sits on the left-hand side next to Red Dragon Chinese. I pop my head in and it’s all a bit of a surprise to me. Viva DF’s dining room is large, open and spacious with high ceilings and modern decor. A bar greets you up front near the main dining room and then they have a second, semi-private room most likely for large groups. I’ve had a chance to eat at the bar and in the dining room for lunch, it’s a pretty comfortable spot, either way.

Viva DF does a taco trio lunch special which is pretty solid for about $10. I tried the chicken tinga, carnitas and chorizo-potato tacos which were very well-stuffed but wrapped with only one tortilla. While the filling were solid, the tortillas broke apart pretty quickly under duress. My favorite was the chorizo-potato which balances the salty, pungent chorizo against the soft potato. Served with some tasty yellow rice and black beans, it’s a carbalicious meal and you will definitely leave full.

Lunch visit #2 brought a rope vieja chimichanga which was a large portion of shredded beef in a grilled tortilla and served in some queso. A very tasty dish with plenty of flavor and colors, I liked the plantains served on the side which was an unusual touch. The chimichanga worked well for lunch and plays with the savory meat, crisp tortilla and luscious cheese to great effect. I’ll be back for this dish again!

Service at Viva DF is a bit interesting. They seem to be well-staffed but can get busy for lunch, it’s a popular spot. So while they’ve managed to do a decent job, service can be a bit inconsistent in my experiences. But overall you can get in and out in under and hour for lunch if you’re squeezed for time. And the display of luchadora masks near the entrance is pretty cool! So what can I say but Viva DF will certainly keep your stomach happy and filled but I’m having a bit of a challenge with the whole concept. It reminds me a bit of MEZ down the road which does a pretty Americanized version of Mexican eats. And that’s sort of the feel I get here but your mileage may vary. Viva DF certainly satisfies me but leaves me wanting a bit more out of them…