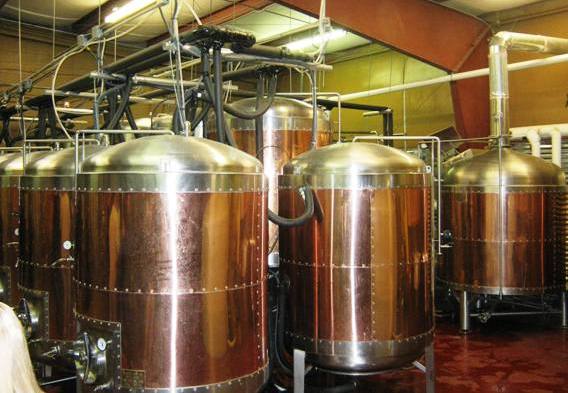 Brewing It Old School- Big Boss and Fullsteam Brewing in Raleigh and Durham!

10 years after Bill 392 was signed into law, the NC beer scene continues to flourish led by Big Boss Brewing in Raleigh and Fullsteam Brewery in Durham

You may not remember way back to 2005 in North Carolina but if you’re a beer lover, you should! Because that’s when then Governor, Mike Easley, signed a bill allowing beers to be brewed over 6% ABV (alcohol by volume), into law. Spurred on by a small group of beer aficionados (popthecap.org) and their impactful lobbying efforts, Bill 392 was signed into law on August 13, 2005.

By allowing these higher ABV beers to be legally brewed, NC’s beer scene kicked into high gear spawning a slew of new breweries in the state. At last count there were more than 120 breweries and brew pubs according to NC Craft Brewers Guild in-state covering every possible beer style! Pretty good given House Bill 392 was just signed 10 years ago… 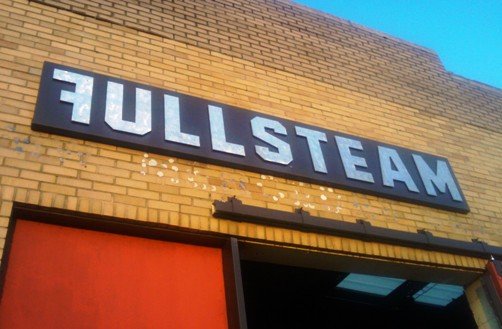 In the Triangle area, I’d have to say that two breweries really stick out in my mind in terms of driving the beer scene here: Big Boss Brewing and Fullsteam Brewery! Not only because they brew great beer but they’ve become destinations and part of their local communities.  And I’m glad to say that these two brewing stalwarts are still putting out outstanding beer, events and fun for the locals today…

Founded in 2006, Big Boss Brewing was the brain-child of Geoff Lamb (UNC 1986) and Brewmaster Brad Wynn. With a brewing facility and tasting room off of Atlantic Avenue in Raleigh, I distinctly remember my first visit to Big Boss back in 2008. Its location in a dark, dusty industrial park didn’t do that much for me, even if I did love the beer! I wasn’t sure why anybody would hang out here but…

But over the years, as Big Boss has put out consistently good brews like Bad Penny (brown ale), Aces and Ates (coffee stout), along with seasonal favorite Harvest Time (pumpkin), they’ve spruced up the tasting room with dart boards, a ping pong table and pool table. A couple of cozy nooks make for great game nights and normally there’s a food truck out in the lot on busier evenings. There’s nothing better than a cold brew with good friends and some cheap entertainment! 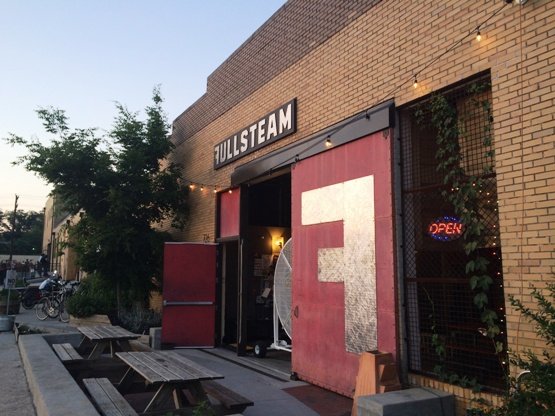 It’s definitely a younger crowd at Big Boss (under 35) and you’ll find them jam-packed on Big Boss brewery tours offered on the second Saturday of each month (@2pm). Beer samples are available on tour dates (pints for $1) as a special bonus. So hooray Big Boss, hooray beer! They have done such a great job in putting out consistently excellent beer and making their brewery a destination for fun and relaxed evenings in Raleigh.

Moving out to Durham you’ll find the “venerable” Fullsteam Brewing which was started up in 2010 by Duke alum (2000) Sean Wilson, Fullsteam has been a huge reason for the revitalization of the Rigsbee and Geer Street corridor in Durham. Sean was also a lead proponent of the Pop the Cap movement which drove the NC legislation for higher ABV beer. Known for its creative Southern beers, Fullsteam’s arrival in this quiet corner of Durham eventually led the way for additional cool spots like Motorco, Geer St Garden, the Surf Club and even the Pit.

On a typical warm summer’s evening you’ll find Fullsteam populated with hipsters, young families and more. Definitely a mellow crowd with a slightly more married demographic than Big Boss. You’ll certainly run into some strollers and plenty of dogs at this brewery. I’ve spent many a warm afternoon here, people-watching and sipping on some of the great Fullsteam Southern beers!

Inside, Fullsteam is a large cavernous space with showcased brewing equipment, leftover power equipment along with a side room and bar. My Fullsteam beer favorites include El Toro (American cream ale) along with Working Man’s Lunch, a chocolate ale. Fullsteam is big on seasonal beers and using local ingredients so you’ll often find some unusual offerings chalked up on their blackboard. And heads up but Fullsteam will be hitting their 5 year anniversary this August!

So a huge thank you to Big Boss and Fullsteam for continuing to deliver great beers and brews to the Triangle area over the years. While there seems to be a new brewery popping up on the map every month or so, I look fondly back at when it all really started with these two. So tip your hat, pop the cap and enjoy that great NC craft beer thanks to these hard-working breweries, Big Boss Brewing and Fullsteam Brewery…